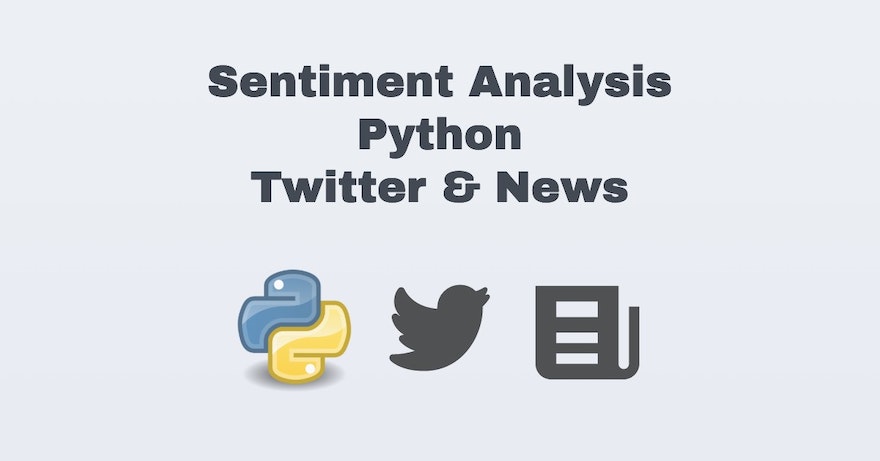 By the end of this tutorial, you will be able to write a Sentiment Analysis pipeline using NLTK and transformers: it will detect public sentiment around companies from news headlines and tweets.

Learn how to use sentiment analysis to mine insights from different data sources. We will write a Python script to analyze tweets and news articles to learn about the public sentiment around some tech companies.

In this tutorial, we will:

What Is Sentiment Analysis?

When we need to understand what someone thinks about a product, service, or company, we get their feedback and store it in the form of an ordinal data point. In fact, most feedback forms and reviews have some form of this:

Nowadays, simple data points are not always representative of customer satisfaction. But people love to share their opinion on social media, so why do not use that? That’s where sentiment analysis comes in handy. Sentiment analysis aims to quantify the sentiment, opinion, or judgment based on what people write online. So it’s no surprise that the most common type of sentiment analysis is ’Polarity detection’ that involves classifying text sentiment as Positive, Negative, or Neutral.

Check out the sentiment analysis model below which tags this tweet as Negative: 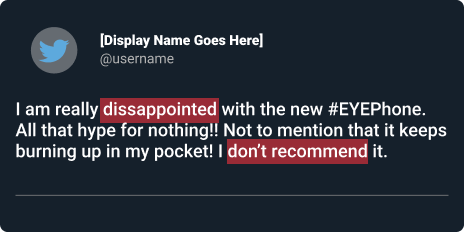 Where Is Sentiment Analysis Used?

Politics: For the longest time, pre-election polls served as the only means of evaluating where the candidates stand in an upcoming election. These are rather inaccurate and can be deceiving as they are at the mercy of the voter turn-out.  Sentiment analysis makes this process easier by leveraging the free-flowing political discourse on social networking sites.

Public Actions: As dystopian as it may seem, sentiment analysis can be used to look out for “destructive” tendencies in public rallies, protests, and demonstrations.

Social networking platforms like Twitter enable businesses to engage with users. But, there’s a lot of data so it can be hard for brands to prioritize which tweets or mentions to respond to first. That's why sentiment analysis has become an essential part of social media marketing strategies.

Let's start by configuring the data pipeline to get some tweets.

We’ll be using the following libraries:

The code for this article can be found here.

After that import all of them into your working environment.